You’ve spent months, maybe even years, creating your product or service, and now you’re ready to share it with the world. Or perhaps you want to make a really big announcement about a new partnership or an upcoming event. How do you create an informative yet compelling press release that will cut through all the noise and get your message out there?

To help you out, we’re going to walk you through the process, step by step.

You don’t have much time to get people’s attention, so your headline has to stand out immediately. If your headline is bland or unremarkable, journalists simply won’t read on.

Your headline should be:

Check out the example below to see what a poor press release headline looks like. This one is highly generic, and it doesn’t provide any details on what is actually being announced. Plus, it uses random capitalization, making it look just plain unprofessional.

Remember, we’re bombarded with thousands of news items every week. One of the primary ways to stand out is to create a headline that instantly engages people.

Here’s an example of a great press release headline from Terminix. It’s specific, direct and interesting.

Don’t cut corners with your headline. It’s one of the most important parts of your press release, which means you should spend as much time on it as necessary to ensure it does its job.

Step 2: Go Straight Into the Details

After your headline, you should get right down to business. Immediately tell people what is happening and why they should care about it.

Reporters don’t have time to sort through paragraphs of fluff to get to the meat. Right off the bat, you should get to:

Check out the first paragraph of this sample press release:

If a reporter only reads the beginning paragraph, he or she should be able to get all of the key information.

After laying out the critical details, give reporters at least one strong quote to use. Ideally, this will come from a key figure in your business, such as an executive, project lead or spokesperson.

This quote should add context to your press release and help shape the narrative. It should also help journalists understand why this is so important for your business or industry from a more personal perspective.

Remember, you don’t need to get quotes from everyone in your office. You’re not doing a survey of the employees to see what they’re excited about. You just need one or two quotes from key, high-level individuals.

As you get further down in your press release, you can begin supplying information that is important but not critical. This background information should always be directly related to the subject at hand and should strengthen what you’re already saying.

Don’t just throw in fluff to increase the length of your press release. Everything you write should add value.

“Newsroom fax machines and reporters’ inboxes are flooded on a daily basis with press releases from companies, government agencies, non-profit groups, and even average citizens trying to get their neighborhood plight noticed. If you send in a press release that’s riddled with grammatical errors, buried in a convoluted e-mail, or completely irrelevant to the reporter’s coverage area, you might as well be tossing your press release down a sewer drain.”

Step 5: Keep It Clear and Relevant

Don’t make this mistake. When crafting your press release, be brutally honest with yourself:

Ask a friend or colleague to read the press release, and have them give you honest feedback.

PR Newswire found that press releases with a variety of media types get far more views than standard text releases: 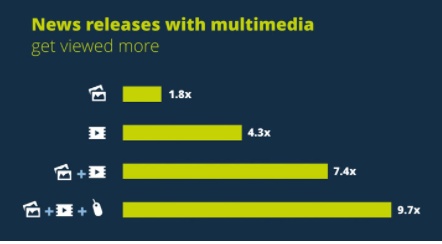 Where possible, supplement the text with a variety of other media types, such as:

This variety can be far more engaging than just large blocks of text and can lead to more social shares.

Here’s a great example of using mixed media in a press release, including both text and a video:

Don’t be afraid to get creative. When creating a press release, it’s really easy to get trapped in trying to stay true to old-school formats. While these certainly still have some value, you might find your press releases attract more attention when you mix things up a little.

Step 7: Reach Out to Specific People

Once you’ve created your press release, it’s time to start distributing it. It’s important to be very careful here – if you simply blast out an email to every reporter at every publication, you’ll annoy many of them and hurt your chances of getting future coverage.

Instead, reach out to specific journalists who specialize in covering your industry. And when you reach out, send a personalized email to each person. Address them by name, and maybe even reference something they’ve written.

Don’t send press releases to the editor in chief of a magazine; send them to the specific journalist who covers you. As Chris Anderson of Wired says:

“Lazy flacks send press releases to the Editor in Chief of Wired because they can’t be bothered to find out who on my staff, if anyone, might actually be interested in what they’re pitching. Fact: I am an actual person, not a team assigned to read press releases and distribute them to the right editors and writers.”

Ideally, you should send out your press release about 24 hours in advance. This should give journalists enough time to read the release and do a writeup.

If you’re worried about something leaking too early, you can put the press release under a short embargo, specifying the day of the release.

Once you start getting press, you can share it on all of your regular channels. Tweet out stories written by major publications. Put the logos of these publications on your website. It’s time to show off the buzz you’ve created with your press release.

Your press release doesn’t need to be complicated, but it does need to be right. If it’s boring, irrelevant, unclear, or sent to the wrong people, it will quickly get tossed aside.

On the other hand, if you’re willing to invest some time into crafting an outstanding press release, you can generate significant positive publicity for yourself.

Press releases shouldn’t be an obligatory step you follow. They should be carefully crafted and treated as the powerful marketing tool they really are.

Press releases are just one aspect of a solid marketing strategy. Learn how SharpSpring helps you tie it all together to grow your business. 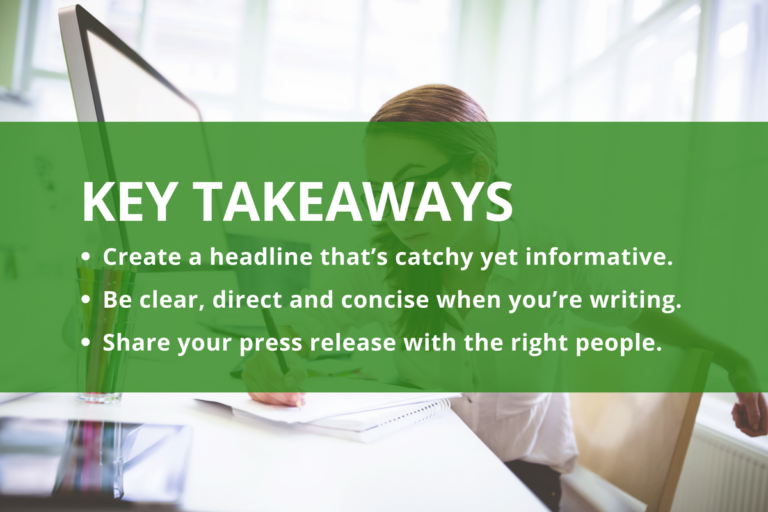